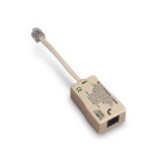 Magdalena Rodríguez Delgado was born last Tuesday, June 5th 2007, sometime around 18:05 GMT. At birth she was 49cm long and weighed 3.220Kg. Just like her mother, she has a strong, commanding voice and powerful lungs behind it.
In the strange state I’m on right now -neither asleep nor awake, with hardly any sleep on the last three days- I can barely believe that I’m a Dad. And I’m completely, absolutely, positively happy.
[tags]newborn,baby[/tags] 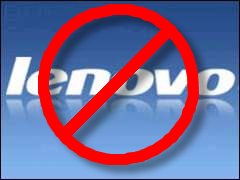 After flickering in-and-out for a few weeks and then getting a misterious red tint, the IBM Thinkpad R50’s display got well for a couple of months before getting all flickery again and dying for good. It was the nicest display you could find in any laptop of its class, even tough it is rather opaque and has its share of glare. I called IBM Tech Support and they told me that I could send it to Guadalajara for service after paying USD$70 for shipping and diagnostics (the backlight’s out, what else is there to diagnose?). I called IBM Guadalajara and was told that I had to pay over USD$100 instead, which I paid up anyway. Then they promptly proceeded to lose my service order for a month, time in which apparently IBM finally managed to kick out Lenovo employees from their Guadalajara offices. After calling their new number repeatedly, I got in touch with them and they finally managed to ship me a prepaid box to send the laptop out.
Well, as it turns out they have to replace the display. Big surprise! Wanna know how much that’s going to cost? Over US$900, thank you very much. You may be aware that the price of the display is more than enough to buy an entirely new laptop of almost any other brand.
Well, let me tell you about brand loyalty: My first brand-new PC was a IBM PS/2 55SX in the early 90’s. I worked like crazy for an entire summer and the next semester to get my hands on a luggable P70. I even sided on microchannel against EISA during the bus wars. Overall, for over 15 years the IBM Thinkpads had been my favorite notebooks. And I advocated them everywere, because even tough they were *very* expensive, their quality was outstanding.
And up to the 600 line they were excellent. But the L series was terrible, the power brick and the laptop itself overheated a lot and overall had awful power subsystem glitches. Anyway -and against my wife’s warnings- I went and bought this R50 anyway just because bdelgado got me a good deal, but it came with a bad hard disk right out of the factory, has a battery that degraded incredibly fast (half the original lifetime in six months of moderate usage, and nowhere near the advertised lifetime to start with), had to have its motherboard replaced barely a month before the warranty expired and it still overheats and has glitches in the power subsystem.
And to think that I was already looking into getting a Thinkpad X41 right before the R50 crapped out.
So decided that I am not going to spend that much money to replace the display in an outdated laptop. Moreover, I’m not willing to keep pumping money into a company whose QA processes seem to have disappeared, and whose service has got so bad that they lose a service order for an entire month.
So, goodbye IBM. Or Lenovo. Or whatever manufacturer they sell out to next. And hello Dell. I just bought a Latitude D620 and I’ve started to document my adventures with it. I will keep all of you posted on that.
In the meantime it’s goodbye forever to IBM/Lenovo computers. Thanks for the memories, but I’m not looking back, and it feels really good.
[tags]IBM, Lenovo, Thinkpad R50, Laptop[/tags]